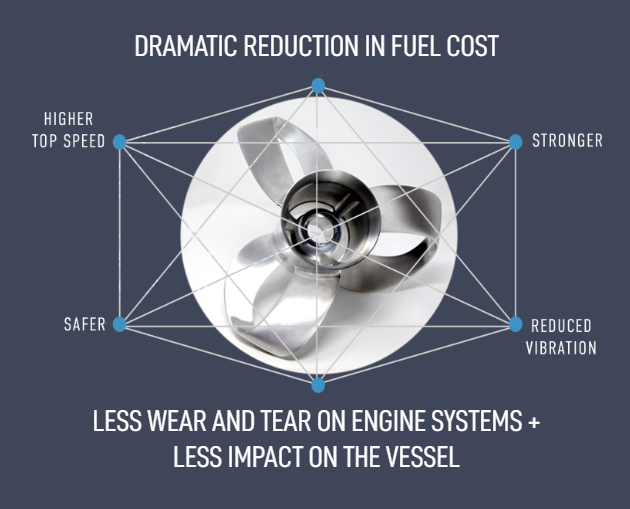 The new  SHARROW PROPELLER™ is perhaps the biggest prop design advance since the 1930’s.

Its design, enabled by modern computer modelling has made a significant impact on performance and fuel efficiency.

Over the past 6+ years, extensive testing data collected at the University of Michigan’s Marine Hydrodynamics Laboratory, along with results from internal CFD and FEA analysis have been collected and analysed by Sharrow Engineering.

The SHARROW PROPELLER™ also exhibits a wider peak efficiency curve for greater utility over a wide scope of operational ranges.

Additionally, The SHARROW PROPELLER™ generates more thrust and uses less energy for a given RPM than a standard propeller design, which increases acceleration dramatically.