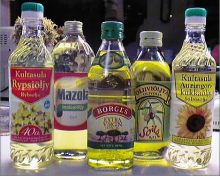 In organic chemistry, transesterification is the process of exchanging the alkoxy group of an ester compound with another alcohol. These reactions are often catalyzed by the addition of an acid or base.

Thousands of people in the UK are now making their own biofuel. As oil price and duty rises will push diesel prices well beyond the £1-a-litre mark, and as the fueld road duty gets applied to marine diesel – despite the 60/40 rule – should boaters now take the biofuel option seriously?

In the UK it is now legal to make up to 2,500 litres of your own biodiesel, enough to run the average family car, or your thirsty motor yacht, without having to pay tax.

Dan Purkis, a consultant engineer, puts home-brewed fuel into the tanks of his 4×4, even though he is based in Aberdeen – the oil capital of the UK. He admits that messing about with old chip fat is not for everyone but adds: “It’s interesting and fun and it reduces my impact on the environment? He told the BBC’s You and Yours programme: “No special tools were required and nothing was beyond the ability of a typical DIY

enthusiast. Most of the parts were bought second hand or salvaged from scrap yards.

“I recycle used vegetable oil from a local hotel. They throw away between 50 and 100 litres a week which would otherwise go to landfill.”

Once he gets it home, he puts the oil through a series of refinements:

* Allows sediment in the oil to settle to the bottom of the bottle
* Pumps and filters the top 70% of the oil; it is pure enough to put straight into his car
* Treats the remaining sludge and converts it into biodiesel by adding methanol and caustic soda
* Heats the oil, causing it to react with the caustic soda

The waste product from this process is glycerin, which has to be washed out of the biodiesel with soap and half-water to half-fuel. He then composts the glycerin.

So why dont we all do it now?

But is it carbon friendly ?…

If you are making biodiesel and wondering what the CO2 impact is:

If you are looking for something to do on 17/18 October you can joing thousands of enthusiasts at the Biofuels Expo to get info on how to set up your own filter system. This is the largest bioenergy event in Europe with over 100 Exhibitors showcasing the latest developments in the Biofuel and Bioenergy markets.

4 thoughts on “Will you be filling your tank at the chip shop?”