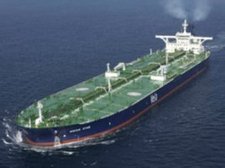 Somali pirates have hijacked the MV Sirius Star, the largest oil tanker yet to be seized by gangs operating off the off the Horn of Africa.

The Saturday assault occurred 450 miles (724 km) southeast of Mogadishu, Somalia, in the Indian Ocean, according to the International Maritime Bureau.

One of the world’s largest oil tankers and owned by Aramco, the Sirius Star is 1,800 feet long, or about the length of an aircraft carrier, and can carry about 2m barrels of oil.

Last week, pirates hijacked three chemical tankers off the Horn of Africa and 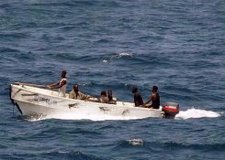 freed another. On Sunday pirates freed the Hong Kong-flagged Stolt Valor and its crew after a $1.1m (€880,000) ransom was paid, according to Reuters.

Odfjell, one of the largest shipping groups in the world, responded to the attack by suspending its routes through the Gulf of Aden in favour of the longer journey around the Cape of Good Hope at the tip of South Africa, raising the prospect that one of the world’s busiest trade routes could be sidelined unless global action is taken to combat the pirate menace.

There have been 77 attacks on vessels in the Gulf of Aden this year, with 31